35.8 Affidavit of service not to annex copies of filed documents

(1) An affidavit of service of a document that has been served must clearly identify the document, but must not annex a copy of the document unless the document has not been filed.

I’m writing this during the home stretch of my exam period. These couple of weeks actually haven’t been that stressful. As a whole this semester has been relatively easy, as Gabriel would say ‘You’ve only gone crazy once or twice this time round’. It might be because the subjects I’ve been doing are a little bit easier but I’d like to think my time in Sweden has rubbed off me, turning me into this immaculate zen-like person made of success and win. Regardless, exams are exams and I hope everyone can forgive me for beginning this post with a section of the Uniform Civil Procedure Act. It is literally what I think of every time In the Annex comes to mind and also my best guess as to why the place has such an interesting name.

In The Annex is located relatively close to where I live so it’s surprising that I haven’t been more than a couple of times. It’s in the Glebe area thereabouts but is off the beaten track of Glebe Point Road which gives it more of a private suburban feel, catering more to locals than hipsters. The place is small but cosy and every time that I have gone, the staff have been really pleasant. Apologies for this post, I don’t remember the price or the names of everything and there isn’t a menu online. 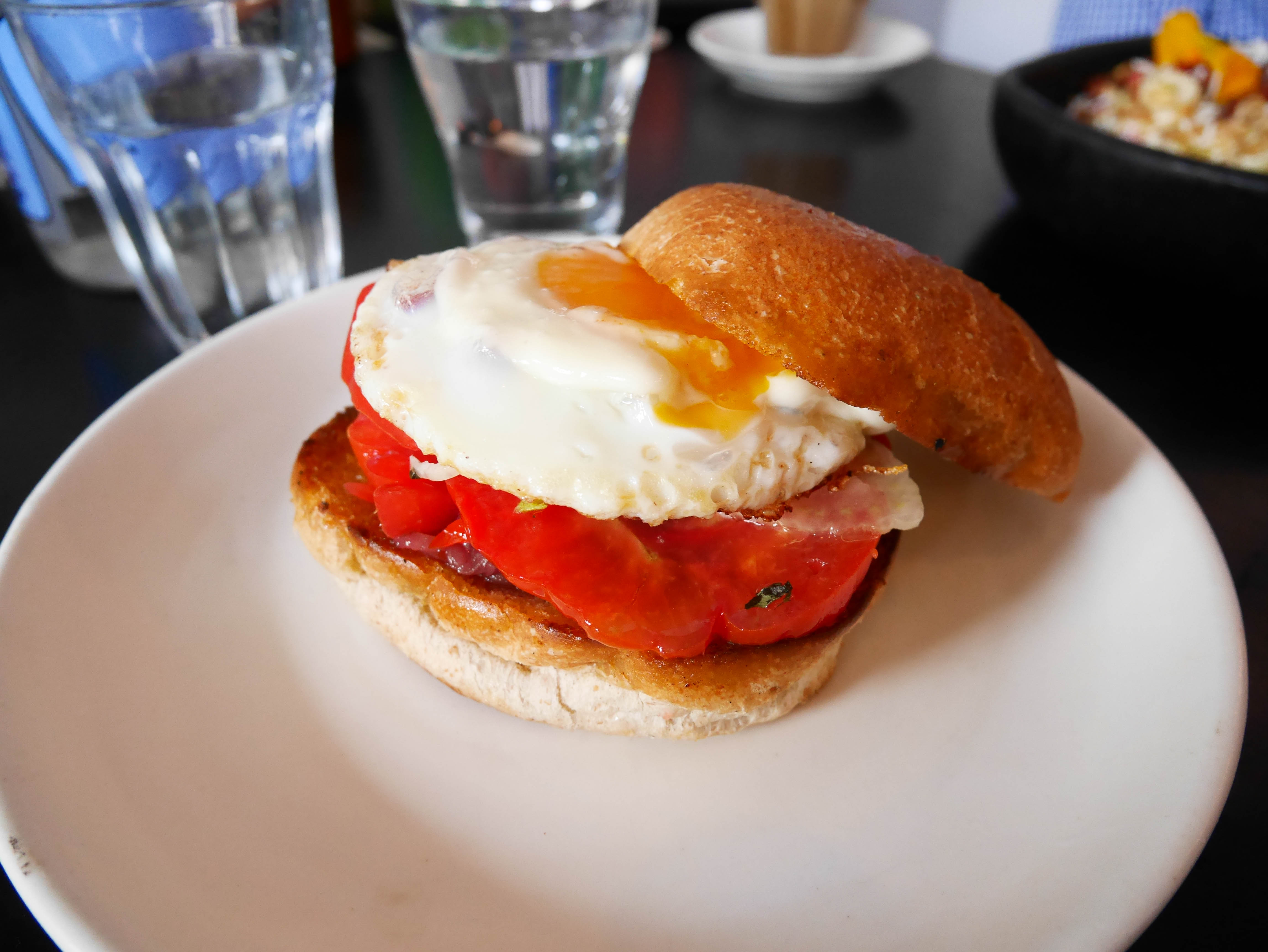 I grab the tomato and egg roll on one of our visits. You’d typically get it with some bacon in it as well for an extra couple of dollars, which would probably make it taste much, much better. Not that this wasn’t good, but it was just egg and tomatoes for me although the bun is incredibly fluffy. But if I recall this was quite cheap so that’s a plus point if you’re after something on the smaller side.

Robert’s bircher muesli had my in such a fit of food envy. I think the bowl had been jostled around a little bit at this point but even so, look at it. With orange and red hues from the blood orange, pomegranate and edible flowers, it’s as beautiful as it is delicious. Also really enjoyed the chopped nuts, greek yogurt and even the desiccated coconut didn’t deter me from stealing multiple mouthfuls of his breakfast bowl. 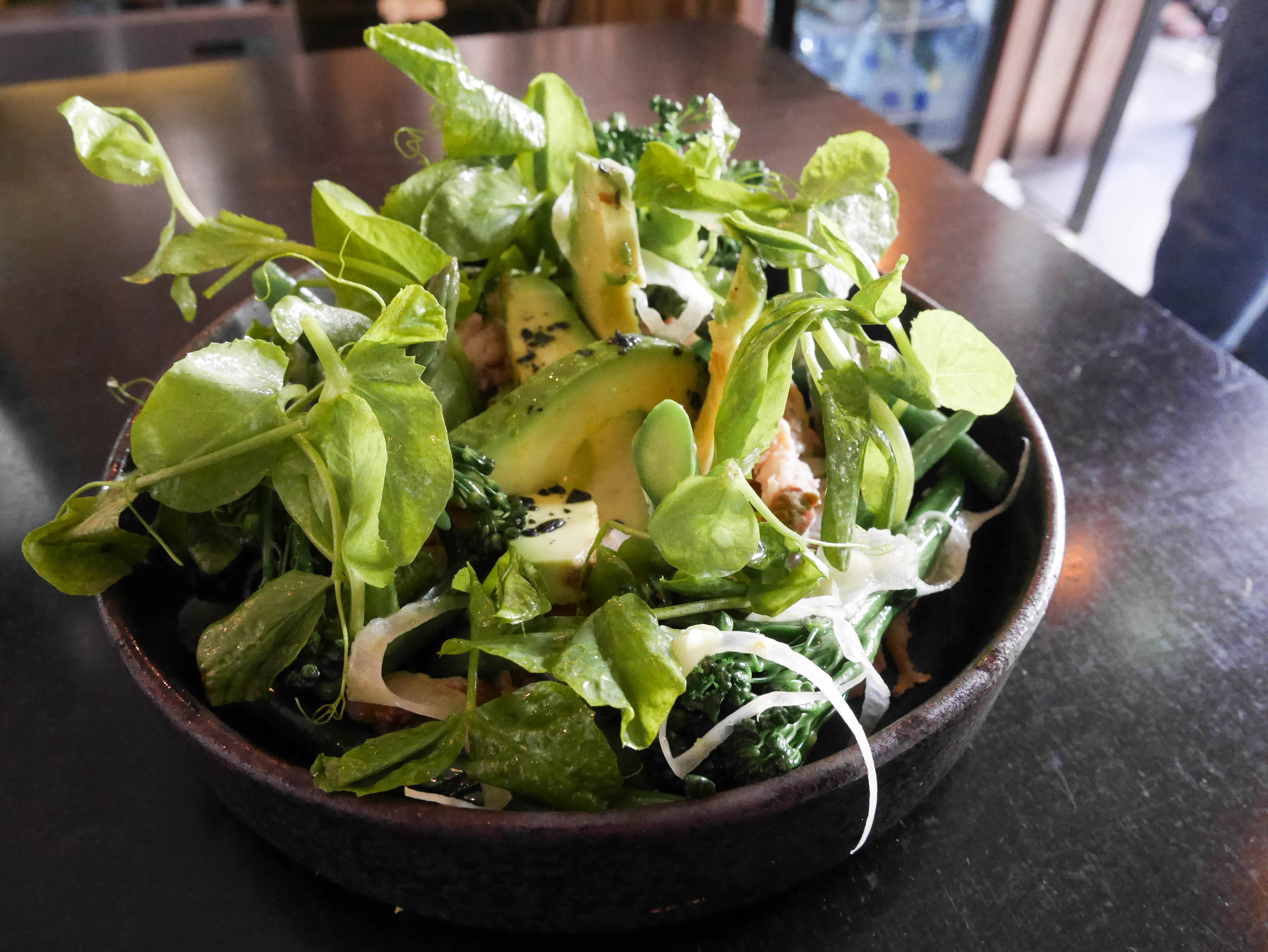 My favourite dish at Annex to date though is the bonito fish and greens which looks more like a lush forest than boring salad. My only complaint is the toothache I happen to have on that day which prevented me from really digging into it. It also comes with a bread roll that isn’t pictured here. 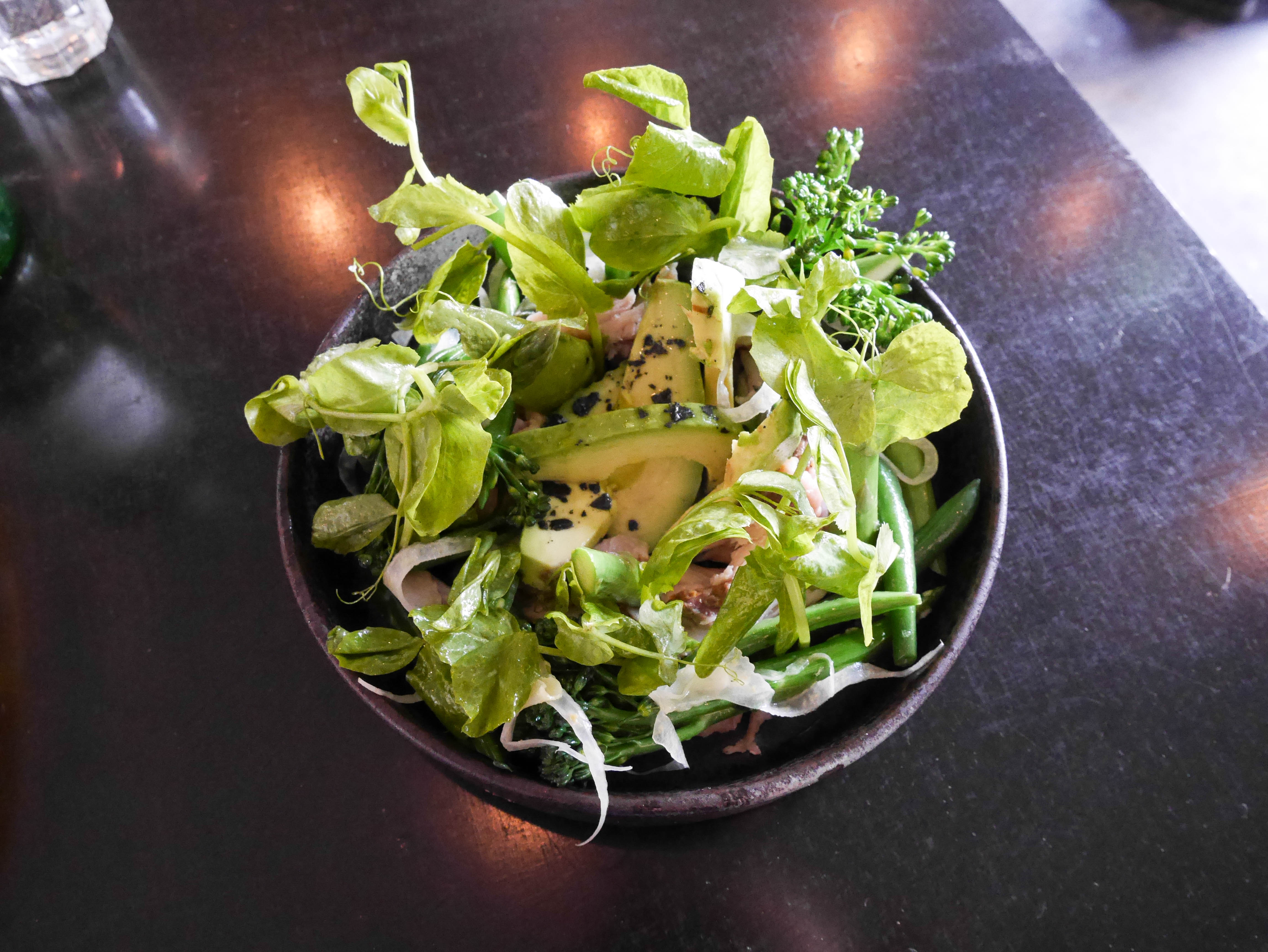 Salad plating is 10/10 here at Annex. I’m not sure my crappy photos have quite captured it but this wasn’t haphazard salad tossing. I saw the chef place the leafs individually, layering them so that no two similar pieces lie next to each other while also making sure the balance of flavours are there. That’s actually my secret to photogenic and easy salads too. I hate tossing, so I layer my ingredients as well so that there’s a bit of everything in each mouthful.

Lastly is Robert’s breakfast burrito. I don’t remember what was in it, but I think he liked it? I can sometimes get behind a good burrito, especially if it’s got a juicy bean stew encased in a fresh wrap.

2/10 in terms of usefulness and information for this blog post, I normally would not do a write up if I don’t have all the relevant information or if it happened so long ago that I can’t remember what everything tasted like. If it’s any consolation though, In The Annex really is a great cafe and I hope this post serves as a PSA for that if anything else.

Since writing this post I have visited Annex again and like they say, third time’s the charm! As good as everything we had previously was, these next two dishes we had blew us and everything else away. Really, really impressed with the quality of the food, the taste and above all the presentation. The only other cafe I can imagine who serves such unique food and plates it up like fine dining is Devon Cafe.

This dish is called “Poached Eggs” ($18) a simple and humble name that certainly doesn’t do it justice. It features two eggs on a truffled polenta cake, asparagus, corn purée, macadamias and labne. The eggs were cooked to Sydney cafe perfection, I haven’t had a bad poached egg in a long time and I reckon any cafe who can’t master it is in serious trouble. I love the way the egg yolks ooze onto the polenta cake, almost like a sauce. You could definitely taste hints of truffle in the cake too. Corn purée sounds so blah, almost like creamed corn but I kid you not, this stuff is what dreams are made of. Really, really moreish and the macadamias rounded it off quite nicely too. The asparagus was the component to hold everything together and also to prevent it from being too overwhelming. The combination of everything was so incredibly rich, I struggled to finish this, finally defeated at the last few mouthfuls of polenta cake. Mind you this also comes with a serving of bread which I didn’t even touch. The fact that Carb Queen me has ignored the bread here twice, is a really strong testament to the quality of the food at Annex.

Robert got the “Fried Eggs” ($18) which are two eggs on a thick piece of sourdough, kipfler potatoes, zucchini and chorizo. Not pictured is the additional bacon ($4) which Robert erroneously ordered because he couldn’t finish all of this in the end anyway. Again a shoutout to such awesome presentation. I didn’t really get to sample this because of the pork elements but Robert really, really enjoyed this. I do think that the fact he couldn’t clean his plate is a testament to how much there was going on it though.

So I’m upping my opinion of Annex now, this place is awesome. I would most definitely, definitely return for their egg-based dishes. If I manage to convince any of you readers to visit In The Annex, please let me know so I can come too!