Murakami Bingo by Grant Snider isn’t a real game, although I suppose you could play it at a binge-reading slumber party if that’s your thing (it’s my thing). It’s a visual depiction of the most common Murakami-esque plot devices that litter throughout most of his novels, so it’s half cheeky, half a homage. I’ve read a lot of Murakami during different periods of my life. My longest streak was when I read three in a row during one of my awful commutes in Europe last year, possibly the one to Brussels or Barcelona. I wouldn’t recommend it, Murakami novels are like alcohol. Addictive but best during a drawn out period of time lest you feel sick. After a super long day out and about in New York, I wanted nothing more than to lie down. Our travelling partners Kyeli, LiShyen and their parents however had heard about a hole-in-the-wall izakaya just doors away from our hotel. Naturally I grumbled and dragged my feet along (even though I was just as famished) but stepping in through the tiny doorway I found myself at the altar of Haruki Murakami. It took a bit of time for me to register what I was looking at but I still couldn’t really believe it. Murakami was my gateway into Japanese modern literature, a genre I continue to be a fan of today. It was also interesting to see a variation of Grant Snider’s work, I’d previously bought a print of his bingo for a friend. 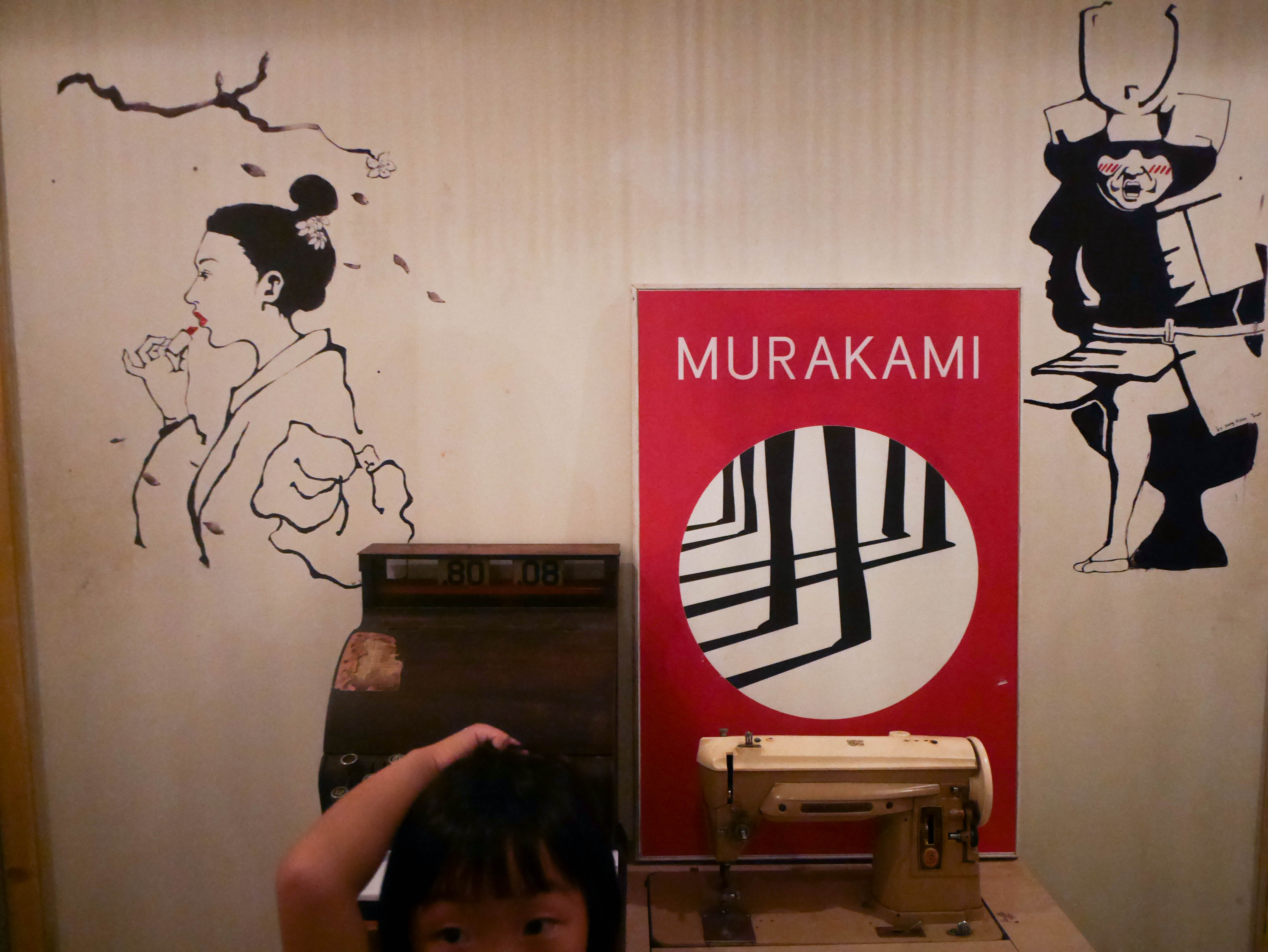 Taking the stairs down and going further in, you’re greeted by more Murakami signage in the form of blown-up book covers. 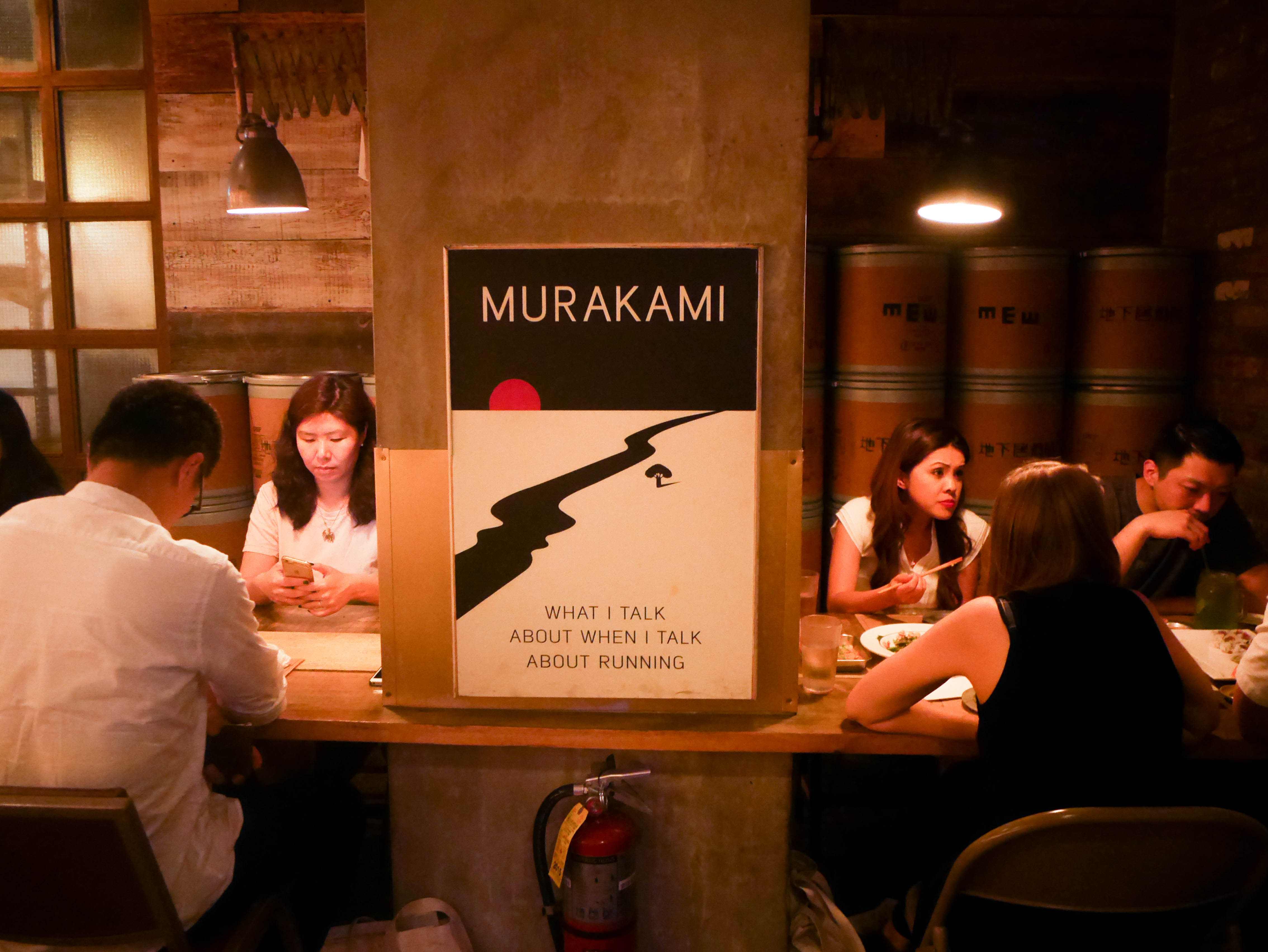 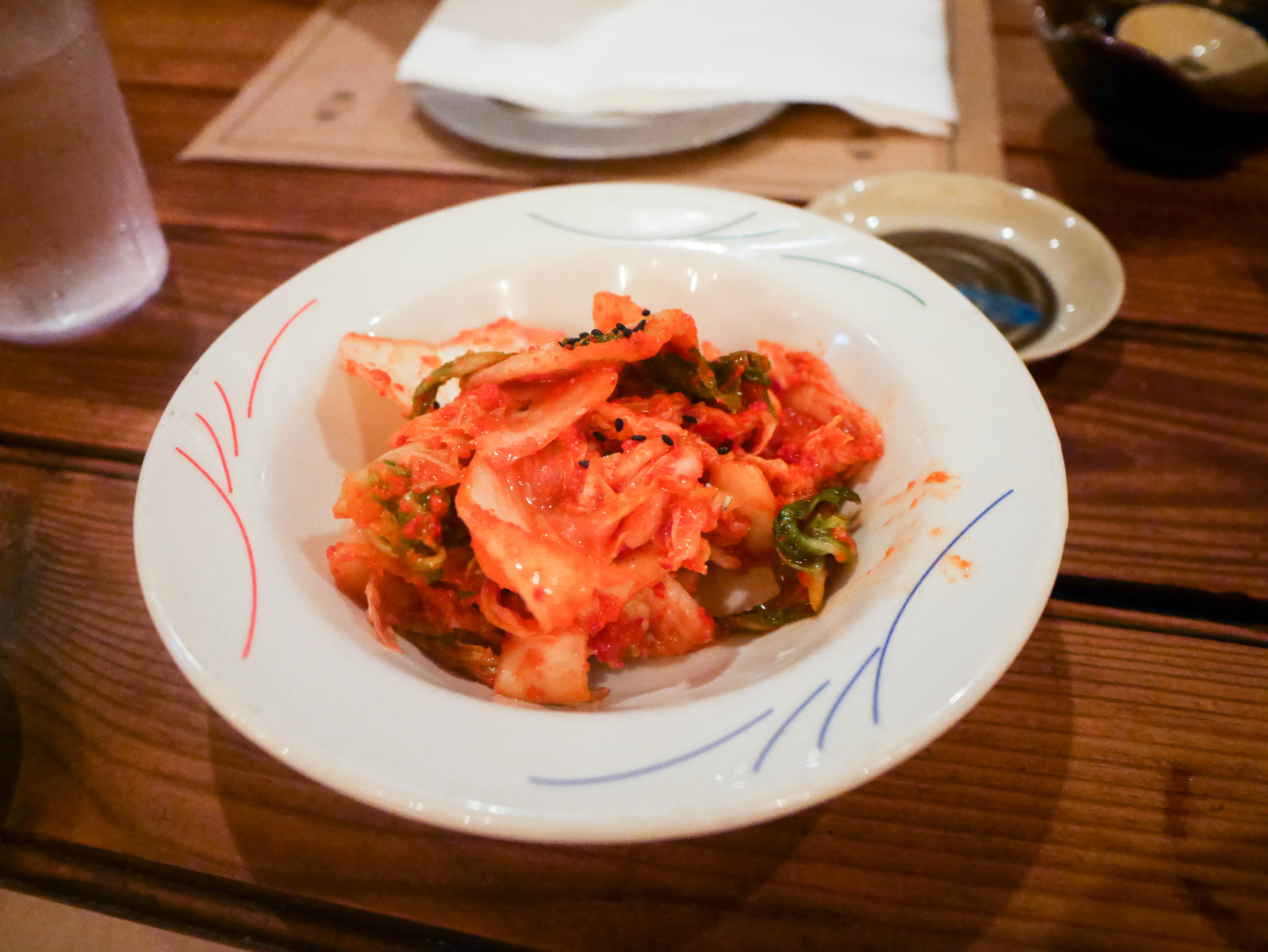 We’re a group of six so ordering a wide variety of food is easy. Uncle Albert has a hankering for kimchi which Mew provides. I’m not sure if this is made in house but it is quite good with a nice balance of garlicky sourness and a hint of spice. Two bowls of ramen are also ordered, the first being a bowl of miso with a bonito and chicken broth. This isn’t a remarkable photo because some of the toppings have sunk into the soup but there was an abundance of beef, pork and kamaboko. The only thing I couldn’t understand was the absence of marinaded eggs with a lava yolk centre. Izakaya MEW’s are fully cooked as you can see, kind of like the boiled eggs we eat as part of nasi lemak.

I’m more partial to Uncle Albert’s ramen of choice because of the copious amounts of black garlic and pan fried seafood. I was going through an eggplant phase back then so I order the sauteed eggplant and red pepper miso. The portion size isn’t great but it more than makes up in flavour that we’re all fighting for the last few pieces. 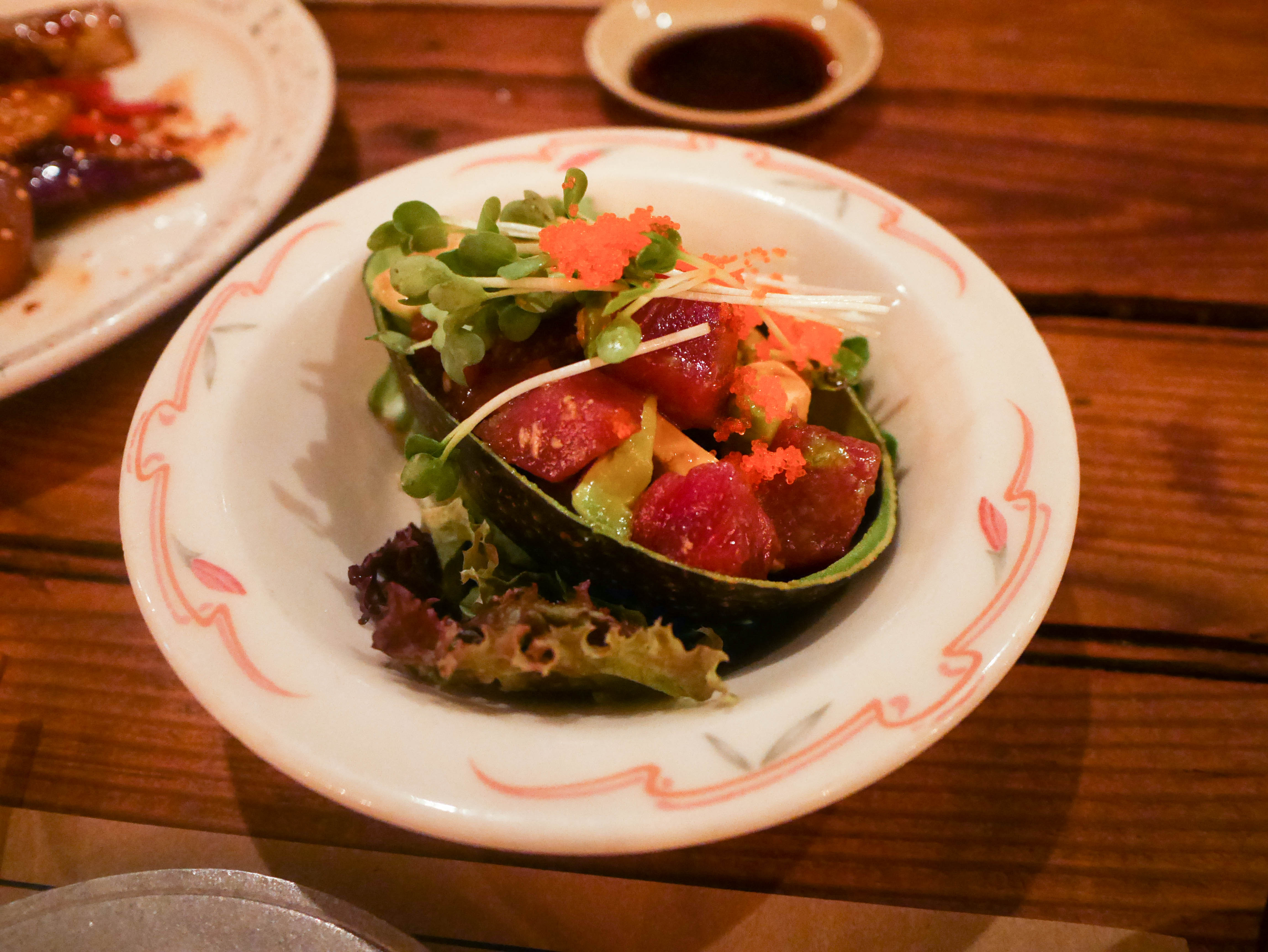 Loved the fresh chunks of maguro mixed with dressing and creamy avocado. I’m lucky to be in the company of Kyeli who loves mentaiko as much as I do, and mom who loves carbs. Between the two of them, it’s mostly demolished with a bit of help from yours truly. There was just so much food to go around that I couldn’t completely commit to this. 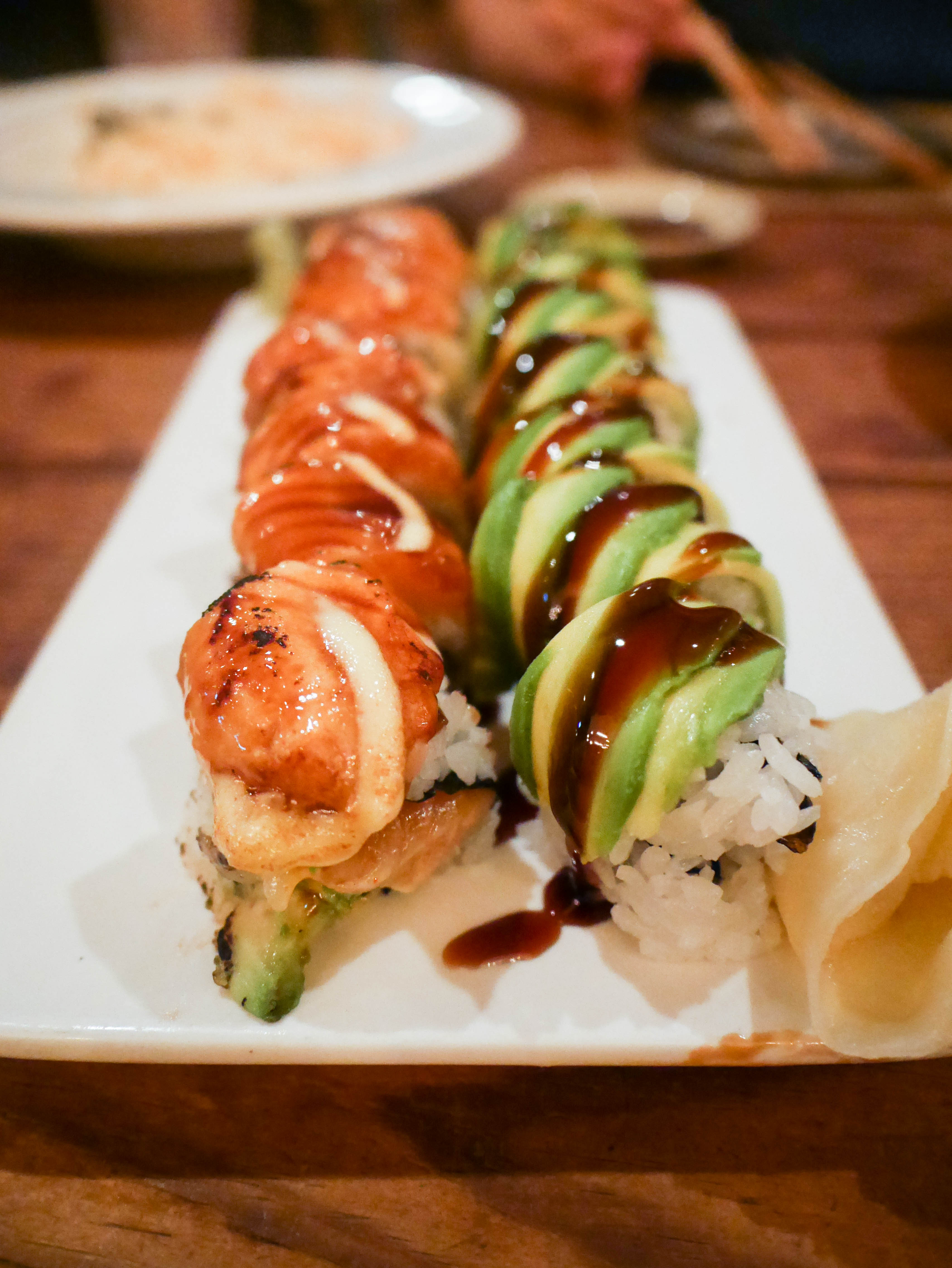 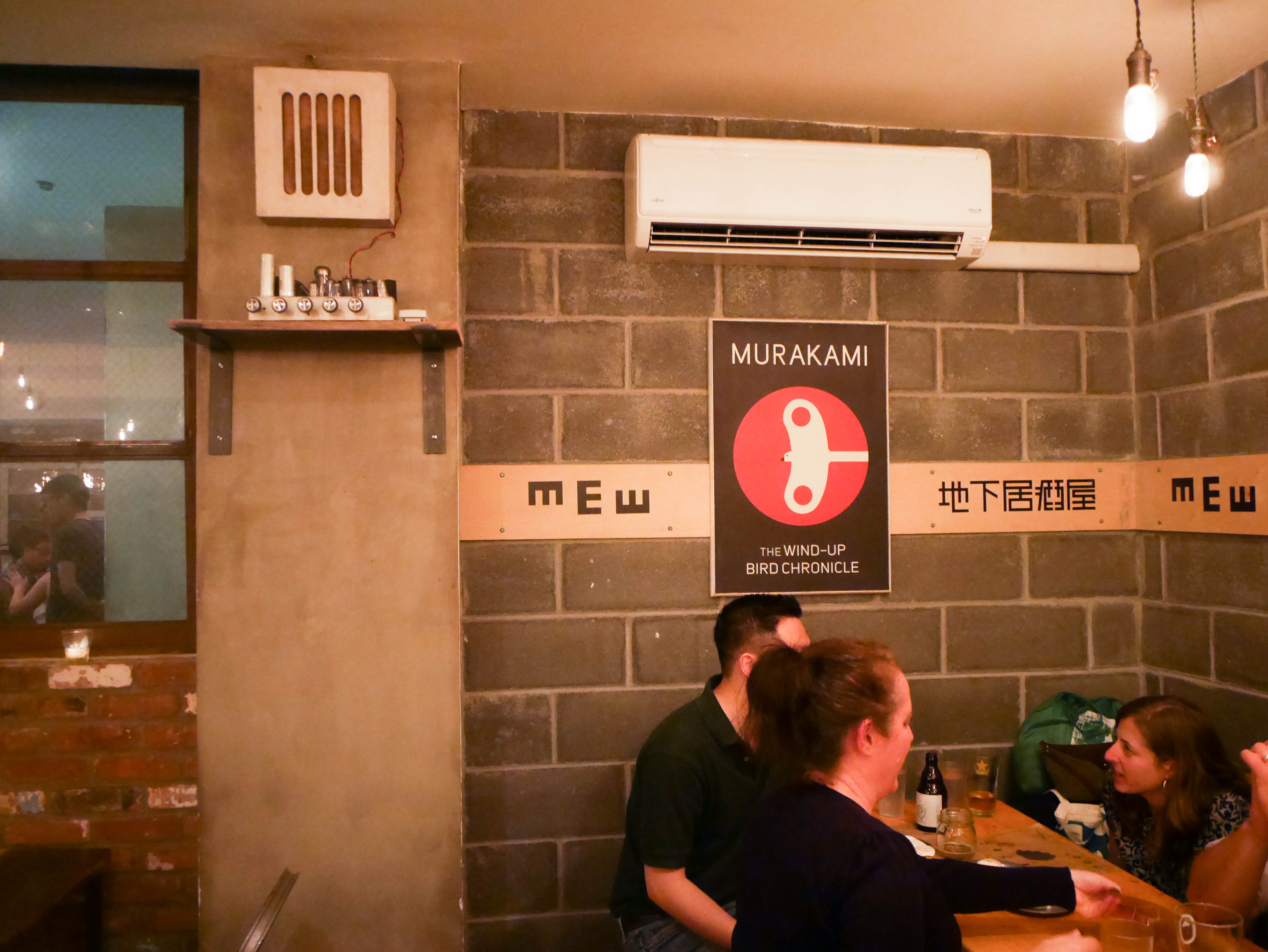 Intermission to break up the food photos, here are more of the interior. 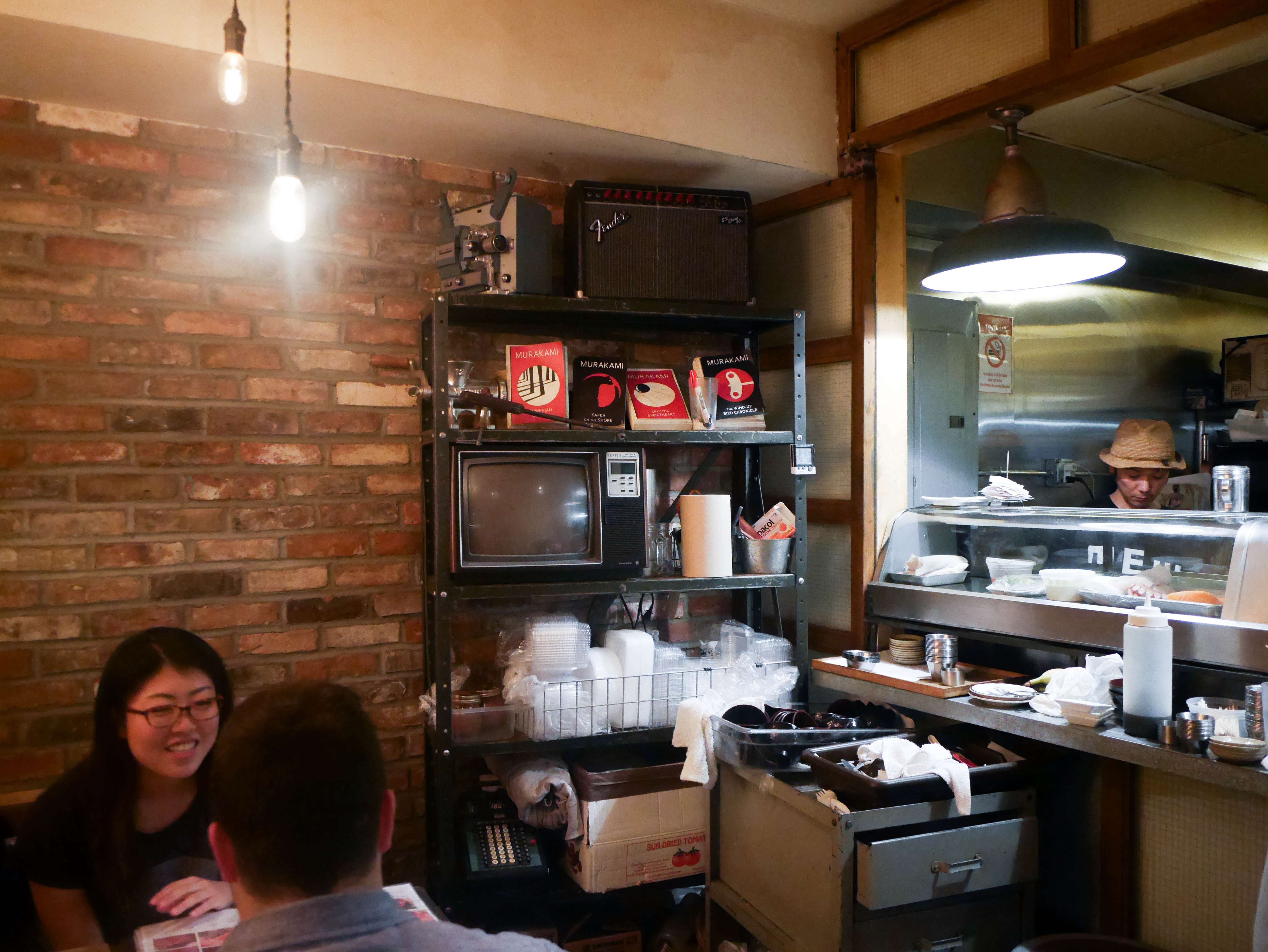 This was a special of the month so I’m not 100% sure how much it was but this was the definite sushi highlight of my night. Aburi all the things then top it with delicious mentaiko please. 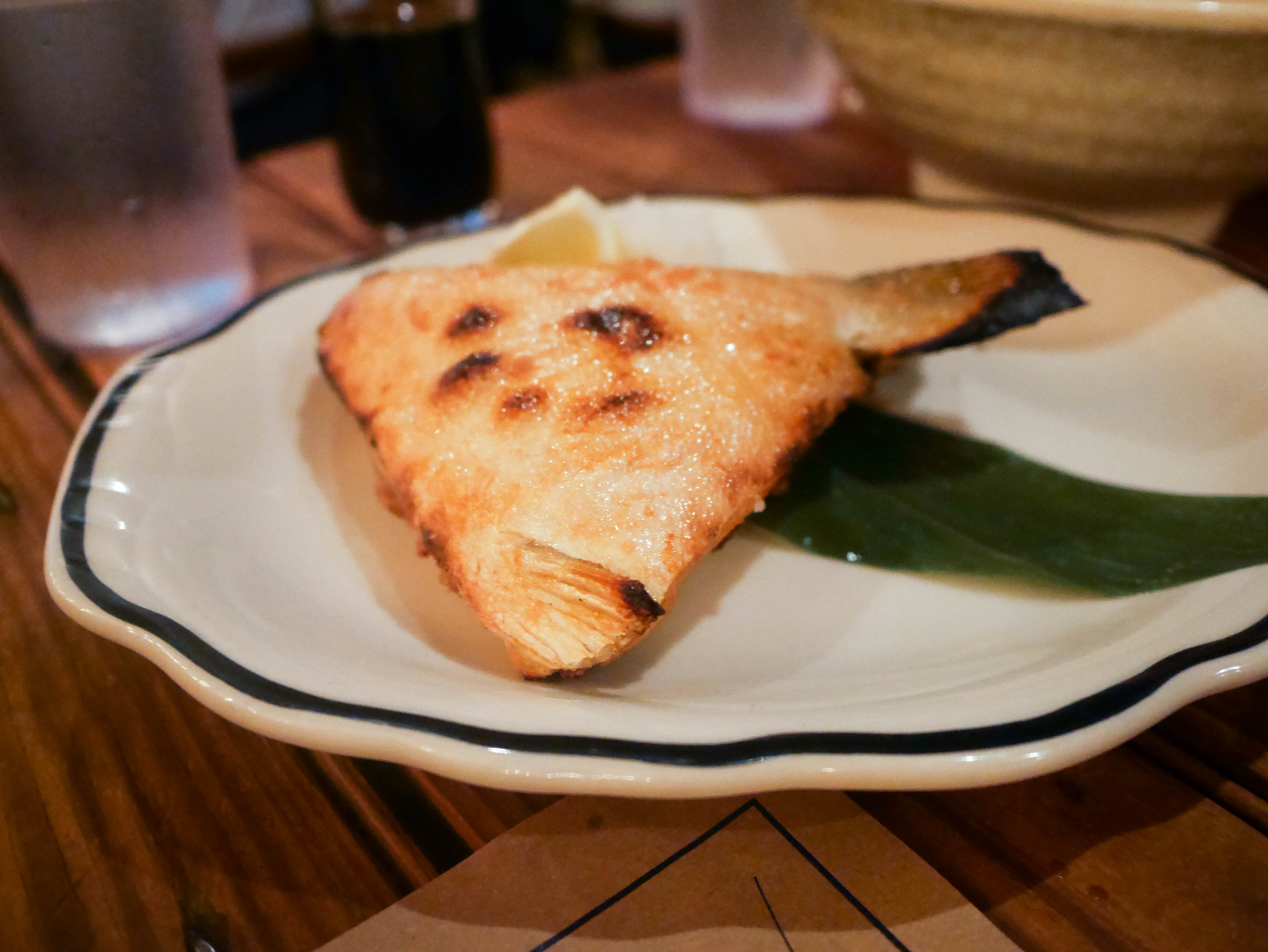 An assortment of skewered meats. The tsukune was disappointing, I’ve had tsukune many times (both in Sydney and Malaysia) since Japan and none have compared. Overall everything we had was really tasty. My initial impression was although I was happy enough that the restaurant was themed in such a way, I was a bit skeptical of gimmicky Japanese restaurants. But Izakaya MEW proves that trendy aesthetics do not get in the way of a good meal. If our orders didn’t already show, their menu is incredibly extensive which you can view here. I don’t know when I’ll be back in New York next but this is at the top of my list.